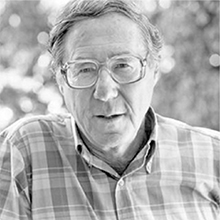 Internal Empowerment Programs are Approved by:

Internal Empowerment Programs are Certified as a:

This outstanding website created by Les and RoxAnne about Internal Empowerment is a wonderful resource for anyone wishing to improve their lives. My husband would have been so proud of what Les and RoxAnne have accomplished here and would have encouraged you to join and support this highly effective movement to increase the happiness quotient of the world now and for future generations.”

“I would highly recommend Les Triché and his constituents as more than highly qualified individuals for facilitating a Choice Theory training with any interested educational leaders in the K–12 and post-secondary school systems locally, regionally, and nationally."

In October 2016, the National Registry of Evidence-Based Programs and Practices (NREPP) approved Choice Theory-Internal Empowerment Coaching as part of the evidence-supported certification for Reality Therapy. This certification was published in NREPP’s Journal, December 2016.

In January 2014, Loyola Marymount University published a study of 175 women who participated in some portion of the Choice Theory Connections program from November 2007 through November 2012, which showed a 2.9% recidivism rate compared to the 57% average recidivism rate of other women who have not been through the course.

In July 2013, Dr. William Glasser, MD acknowledged the Choice Theory Connections Program in his book entitled Take Charge of Your Life: How to Get What You Need with Choice Theory Psychology, page 225, which states:

”For many years, choice theory has been implemented in court-mandated diversion programs, by parole officers, and in prisons. Currently, a program called Choice Theory Connection Program has become very successful at the California Institution for Women. Follow-up studies show that, after three years’ implementation, of the women trained in choice theory, who have been paroled, there had been less than 5 percent recidivism. Choice theory, used as a rehabilitation program, helps inmates get along better with each other and with the staff and ultimately live happier, more productive lives. The book Choice Theory: A New Psychology of Personal Freedom is read and studied at the prison, and recently, the program’s Director, Les Triché (formerly Johnson), has adopted, Take Charge of Your Life as a textbook in the curriculum he has created.“

In July 2011, the Association of Black Psychologists (ABPsi) awarded Les the Community Service Award for his exemplary contributions to the field of psychology, through implementation and results of the Choice Theory® Connections-Internal Empowerment Coaching program. The award was given at the 43rd Annual ABPsi International Convention, and the 7th ABPsi International Congress on Licensure, Certification, and Proficiency in Black Psychology, Washington D.C.

July: The Choice Theory®-Internal Empowerment Coaching program was offered at the California Institution for Women, Corona, CA, to the Level I-IV incarcerated persons.

August: Les was certified by the California Department of Corrections and Rehabilitation, as a Master Facilitator in “Gender Responsive Strategies” at the University of California, Fresno.

December: Les was endorsed as a Basic Practicum Supervisor by the William Glasser Institute.

May: Les was endorsed as an Advanced Practicum Supervisor by the William Glasser Institute.

June: Les was certified as a Basic Intensive Instructor by the William Glasser Institute.

January: Loyola Marymount University published the study of 175 women who participated in some portion of the Choice Theory program from November 2007 through November 2012, which showed a 2.9% recidivism rate compared to the average recidivism rate of 57%.

September: Internal Empowerment Coaching Practicum training was provided to a middle manager from Medical Optics, at our office training site.

December: Les offered, for the first time in the USA, Choice Theory-Internal Empowerment training in a “Security Housing Unit” at the California Institution for Women, Corona, CA.

December: Les offered, for the first time in the USA, Choice Theory-Internal Empowerment training in a Mental Health Unit at the California Institution for Women, Corona, CA.

July: Les received endorsement by The William Glasser Institute as Senior Faculty, which is the highest faculty rank in the institute.

October: The California Board of State and Community Corrections’ Standards approved IECAST, Inc. as a “Provider” to teach the IEC program to correctional staff and offenders.

March: IECAST training was provided to a lead person from Wal-Mart at the IECAST office training site.

June: IECAST increased the number of classes to three to five days a week in the California Institution for Woman, Corona, CA.

July: IECAST began the introduction process of its TRICHÉ-FACT (Train Responsible Internal Empowerment Coaches to Help Énhance - Families', Agencies' and Corporations’ Transition to effective coaching and leadership). The Program is an aftercare program that bridges communication and connectivity gaps between incarcerated persons, their families, employer, communities, and others.

October: RoxAnne was recommended by Carleen Glasser, to become Choice Theory/Reality Therapy certified, by The William Glasser Institute, which the Institute affirmed on October 21, 2017.